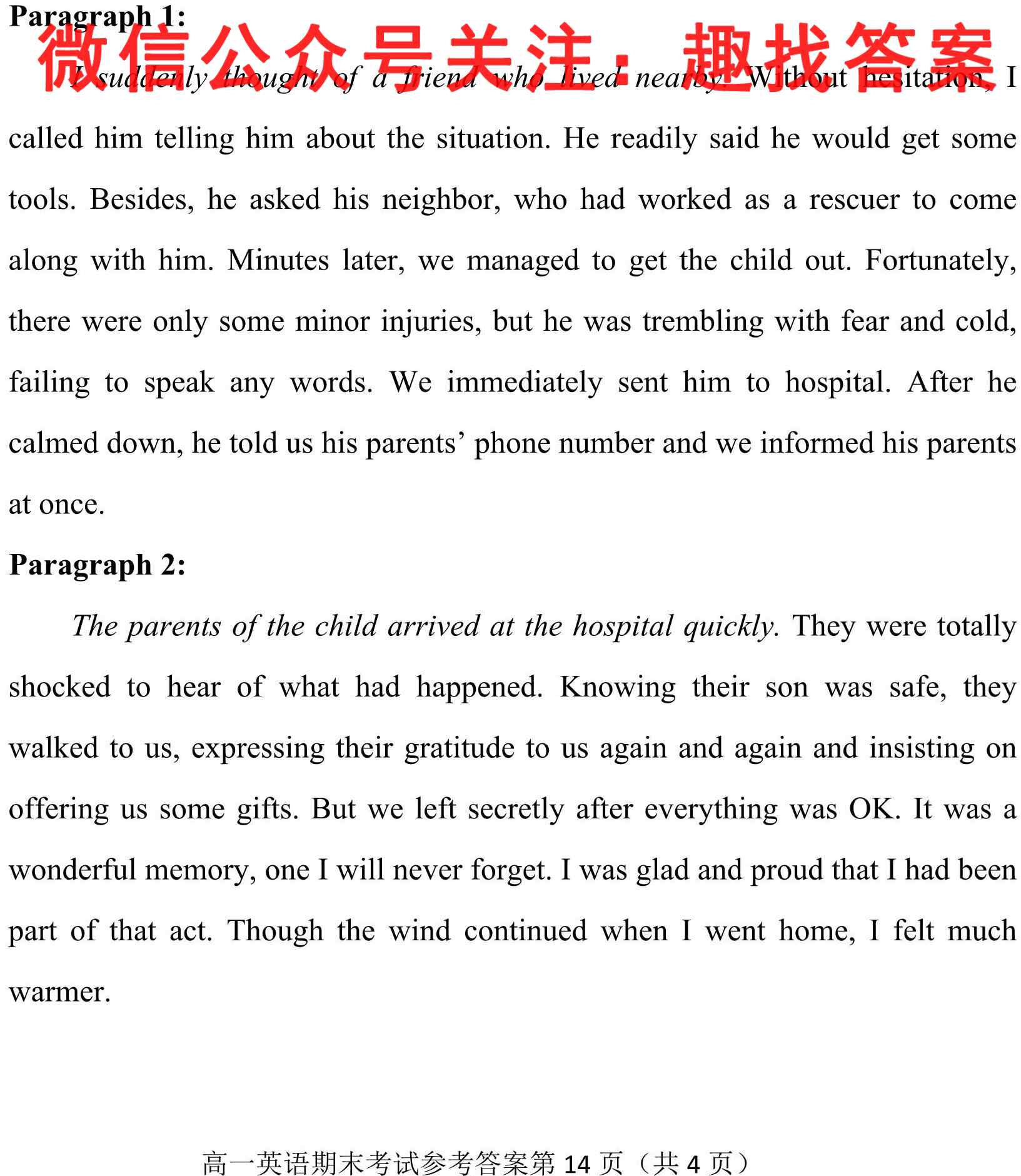 Paragraph 1: I suddenly thought of a friend who lived nearby. Without hesitation, Icalled him telling him about the situation. He readily said he would get sometools. Besides, he asked his neighbor, who had worked as a rescuer to comealong with him. Minutes later, we managed to get the child out. Fortunately,there were only some minor injuries, but he was trembling with fear and cold,failing to speak any words. We immediately sent him to hospital. After hecalmed down, he told us his parents'phone number and we informed his parentsat once. Paragraph 2: The parents of the child arrived at the hospital quickly. They were totallyshocked to hear of what had happened. Knowing their son was safe, theywalked to us, expressing their gratitude to us again and again and insisting onoffering us some gifts. But we left secretly after everything was OK.It was awonderful memory, one I will never forget.I was glad and proud that I had beenpart of that act. Though the wind continued when I went home, I felt muchwarmer. 高一英语期末考试参考答案第14页(共4页)